Saturday was our summer outing with the girl scouts and they voted to go see Pinkalicious - The Musical at the Main Street Theater in town!  They also voted to included moms in this fun afternoon outing and we were all more than happy to oblige!  This was sort of our 'end-of'year/cookie celebration' bash all rolled into one so we made a day of it by meeting for lunch at a nearby restaurant in advance of the matinee.  Yummy, yummy, yummy! 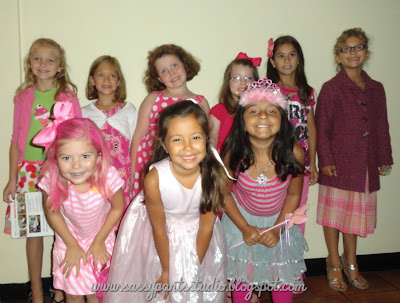 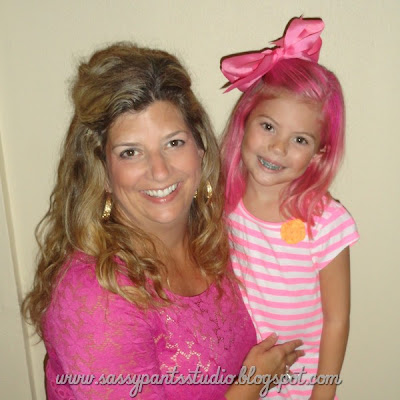 Now I don't know about you, but summer seems to be flying by already and swim team has turned out to be a fun but MAJOR time commitment, so I hadn't really given much thought to this outing until a few days before.  But you know me and know that I simply CANNOT leave well enough alone!   So I decided on Wednesday (yikes!) that I simply had to wanted to make Pink!  Pink!  Pink! cupcakes for lunch AND a little gift for each of 'my girls' and I had the perfect Pin-spiration for it too!

I came across this darling printable from Shyanne @ Shy by Design and pinned it because I KNEW it was something I would be making one day for Sheep.  As you can see, she had it framed in this amazing over-sized, ornate black frame and not having found one for myself just yet I had put it on the back burner - where it emerged as the Perfect Plan for a Pinkalicious Party favor!

After all, isn't this the true message of Pinkalicious?
It is certainly the message I want my girls to focus on anyway, especially in the years ahead!

I downloaded the FREE printable but quickly realized it was the wrong size and orientation for my idea (and my dollar store frames), so I was going to have to make my own.  Mind you, I do not have any graphics design training or experience and I certainly do not own or know how to use any sort of graphics program, so I had to put my thinking cap on  . . . and here's how I got it done! 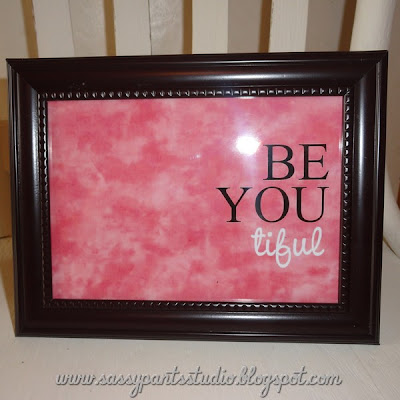 I have dubbed this process 'Ghetto Graphics by Jen' and it's so simple anyone can do it.  And you probably already have everything you need on your computer to make one for yourself as well!  I honestly have no idea how others are getting these things done, so maybe some folks are doing it this way too, but I kind of doubt it.  If you know, fill me in!

Now I may not have any graphics programming experience, but I am familiar with Power Point.  In my former life, I put together plenty-O-presentations and lectures and what not, so I used what I knew!


Ghetto Graphics
by Jen
Both the girls and the moms LOVED them and I think it is adorable if I do say so myself!!  The cost with printing came out to about 2 dollars each, but could have been cheaper had I been able to scrounge up a coupon for prints - how's that for using resources wisely?! 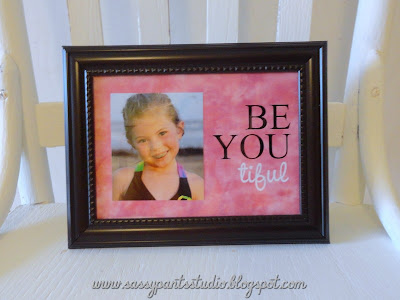 As for the musical?  Well, it did NOT disappoint and was just the right length for our rowdy, group of 6 and 7-year old girlie scouts - ha!

Afterward, we stood in line for pictures and autographs with the cast - who all thought Sheep had an acute case of Pinkatitis herself since we had colored her hair beforehand!! 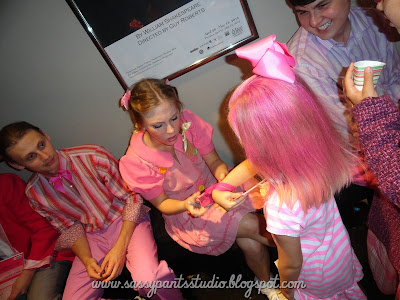 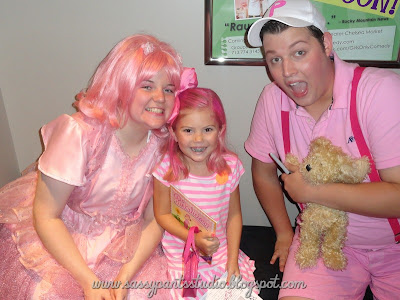 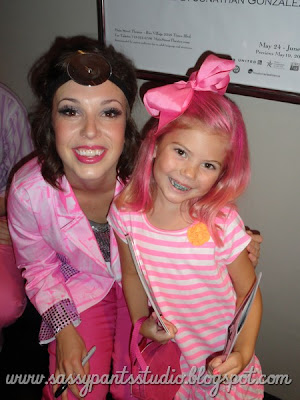 I must say, at less than 20 dollars for a full-priced ticket (and only 10 for groups of 10 or more!), Main Street Theater for Youth is a great time and great value!!  Such fun memories!